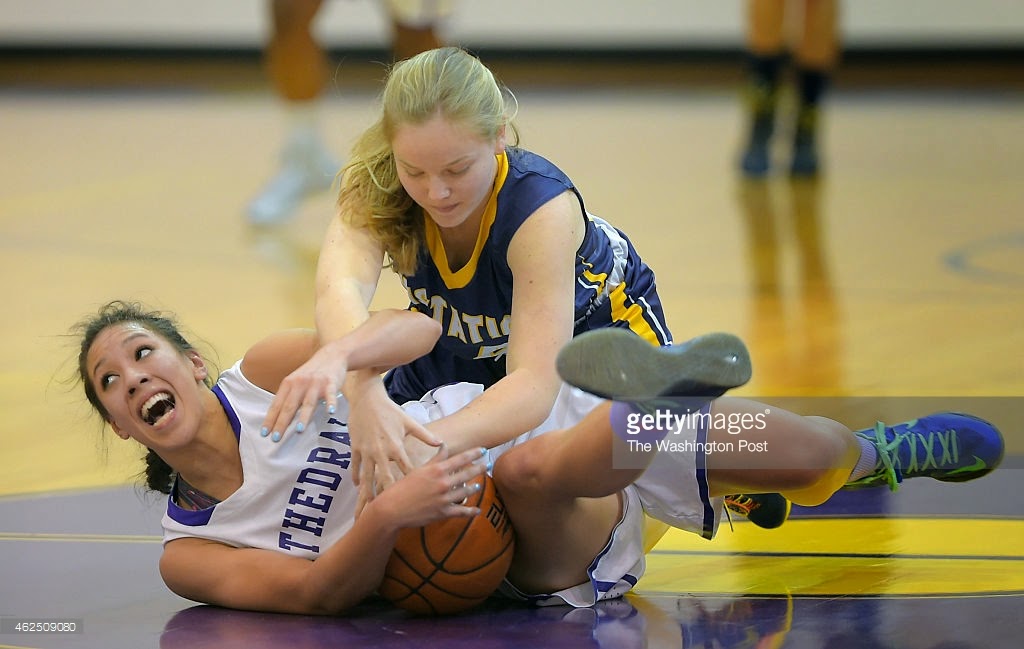 Just one month after being named D.C. Gatorade Player of the Year in girls' soccer, Marta Sniezek earned the same honor in girls’ basketball earlier this month, bringing her grand hardware total to three.
The National Cathedral senior was also selected as the District’s top girls’ basketball player last year. The rare accomplishment makes Sniezek the only female to win the award in two different sport this year and serves as validation for her decision to play both soccer and basketball as a senior despite being committed to suit up for Stanford’s women’s hoops team next winter.
“I feel a sense of honor and affirmation,” Sniezek said via e-mail. “Being durable on a sustained basis is important in any sport.  I attribute my durability to staying fit throughout the year, ongoing sport-specific practice, and knowing the difference between an injury that requires rest from one that I can play through.”
This past season, Sniezek averaged 24.5 points and 6.0 rebounds to lead National Cathedral to a 20-6 mark and the DCSAA semifinals. 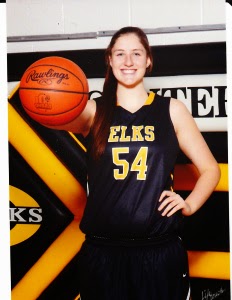 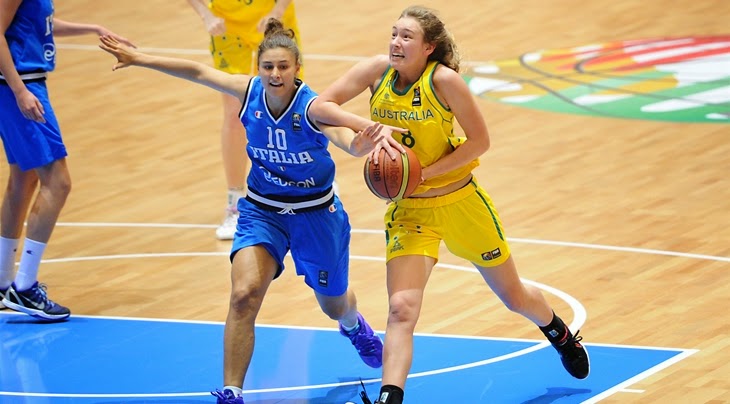 Australia forward Alana Smith is continuing the family tradition of seeking out a career in sport.

Not only is the teenager following in the footsteps of her father Darren who played basketball professionally in the NBL for more than a decade, but also her uncle who played American football in the NCAA.
Once she has appeared for Australia's Gems at the FIBA U19 Women's World Championship in Chekhov, Russia later this year (18-26 July), Smith will then be heading to the United States and specifically to Stanford in order embark on her own college experience.
"Going to college had always been a goal of mine from a young age as my uncle, Jason Smith, went to Cal Lutheran.
"I am so excited to be a part of the Stanford Basketball programme and can't wait to develop and play under their coaching staff.
"I am looking forward to experiencing life in California and bringing a little bit of Aussie swag to the Stanford campus.
"I expect it to be tough, but also enjoyable and I hope to use my strengths to make an impact on court."
Having excelled and top-scored at the FIBA Oceania U18 Championship for Women last year, Smith has clearly had significant baller skills passed down expertly via her father - although she insisted that it has been a very natural and by no means pressured process.

I loved watching my dad play, but he didn't try and force me into the game. -Smith

"He let me make my own decision. I wanted to play like him and I saw him as a great role model," revealed the 18-year-old.
"He has been my own personal coach for the whole of my basketball career and I'm so grateful that he can pass on his expertise to me."
As well as taking inspiration from her father and uncle, Smith is also looking up to Opals forward Rebecca Allen.
"I have been lucky enough to train and play with some great players and I would have to say Rebecca would be one player that I admire most," she smiled.
"I love how 'Bec' [Rebecca Allen] plays, using her height and quickness to her advantage.
"We both played at the same junior club (Nunawading Spectres) and we got to play together last year.
"She is a fantastic player who has been recently elevated into the Australian Opals team that I look up to and hope to play in one day."
Certainly the progress of Smith to date means she could well be in with a chance of realising her senior team dream. She first caught the headlines at the FIBA U17 World Championship for Women three years ago, when she came up with a spectacular nine blocks in a game against Japan.
She recalled: "Amsterdam was a fantastic experience, in terms of getting to play against the best players in the world.

Each game [at Amsterdam 2012] was difficult and different from the last, because each team had a different style of play. - Smith

"It was also a great opportunity to experience a different country and culture to my own and being able to experience it with the group of girls from the team was so much fun.
"Overall the tournament was challenging and enjoyable. Each player had a different role in the team to play and we all made a difference in each game.
"I guess in the game against Japan, my role was to protect the basket and I tried to do that to the best of my ability.
"I also have really long arms!" added Smith.
"It will hopefully assist in the team performing well during the Championship and our goal is to get another medal.
"If I am privileged enough to be selected for the team going to Russia, I am most looking forward to playing against world class athletes and trying to push the Australian team deep into the tournament." 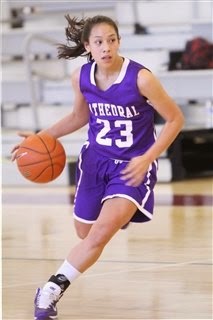 THE WINNER: Marta Sniezek
THE BASICS
School: National Cathedral School (Washington, D.C.)
Grade: Senior
Position: Point guard
Height: 5-foot-7
Athletic achievement: She averaged 24.5 points and six rebounds per game this past season, leading the Eagles (20-6) to the D.C. State Athletic Association semifinals. The district’s returning Gatorade Girls Basketball Player of the Year and reigning Gatorade Girls Soccer Player of the Year, she is a 2015 Washington Post First Team All-Met selection.
Academic excellence: Sniezek has maintained a 3.02 GPA.
Exemplary character: A member of the National Honor Society, she has volunteered locally on behalf of the Haiti Relief Fund and with So Others May Eat, delivering food and medical supplies to families in need.
THE PRAISE
“Marta Sniezek is a true competitor down to her core,” said National Cathedral head coach Brittany Mitch. “Her knowledge of the game and her skill level are on another level. She is a true leader.”
THE FUTURE: Sniezek has signed with Stanford.