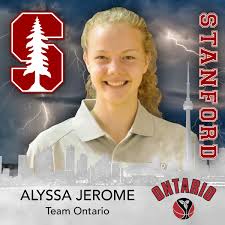 Canada Basketball, May 23, 2017
Alyssa Jerome is one of the twelve athletes that were selected from the first phase of the Women's National Team assessment camp to travel to Europe for a five-day tournament in France and Spain. "This first phase of training is focused on developing our next generation of athletes and assessing where we are globally," said Lisa Thomaidis, head coach, women's national team. "We'll play some of the best teams in the world in this tournament - which will help us set benchmarks - and determine what we need to build upon in phase two."
The five-game tournament tips-off on May 26th against 2nd-ranked Spain. Canada, currently 6th in FIBA World Rankings, will then face-off against 13th-ranked Japan, 27th-ranked Montenegro, 3rd-ranked France and 41st-ranked Ukraine.
Follow Canada Basketball on Twitter for game streaming details and live game coverage.
Canada will re-group in Edmonton in June for the second phase of training, followed by a 6-game exhibition tournament in China.  The final phase of training will begin July 23rd in Edmonton where the final roster for the FIBA Women's AmeriCup 2017 will be confirmed.
2017 SENIOR NATIONAL TEAM EUROPEAN EXHIBITION ROSTER 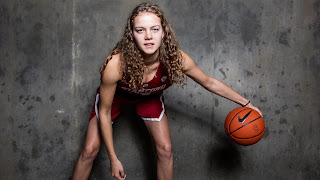 Incoming freshman Alyssa Jerome was one of 33 athletes invited to participate in the Canadian Women's National Team program assessment camp. The 17-year old Jerome is the second youngest player in camp, which began May 12 at the Saville Community Sports Centre in Edmonton and includes 10 players with WNBA ties and another 10 currently playing collegiately in the United States. The 10-day event was organized as Canada prepares for a new Olympic qualifying cycle. Following training, a squad will be named to travel to Spain and France for a five-game exhibition tour. Canada, currently ranked No. 6 in the world, will play No. 2 Spain and No. 13 Japan in Spain on May 26 and 27 before heading on to Bordeaux, France for games against No. 27 Montenegro, No. 3 France and No. 41 Ukraine from May 31 to June 2. The 6-foot-1 Jerome recently concluded an age-group assessment camp with Canada Basketball, which included players born since 1998 with an eye on loading the U16 and U19 national teams for FIBA tournaments this summer. Jerome, Stanford's third international recruit in the past three years, represented her country last summer at the both the FIBA U17 World Championships in Zaragoza, Spain and the FIBA Americas U18 Championships in Valdivia, Chile. Canada finished seventh at the U17 World Championships, which ran from late June to early July, and Jerome averaged 10.3 points and 4.5 rebounds in six games.  Less than two weeks later she was in Chile playing alongside current Cardinal Mikaela Brewer at U18 FIBA Americas and helped Canada win silver to secure a spot in the 2017 U19 FIBA World Championships. Jerome averaged 15.8 points on 48.5 percent shooting, 9.4 rebounds and 2.2 assists per game. She finished third in the tournament in points, seventh in field goal percentage, third in rebounds and second in double-doubles (3). In the summer of 2015, Jerome was MVP of the FIBA Americas U16 Championships in Puebla, Mexico after averaging a near tournament double-double of 13.2 points and 9.2 rebounds per game. She went for 17 and 12 in the final against Brazil, a 72-71 overtime win. Jerome is part of the Cardinal's celebrated 2017 recruiting class which also includes Maya Dodson (Alpharetta, Ga./St. Francis), Estella Moschkau  (Mount Horeb, Wisc./Edgewood) and Kiana Williams (San Antonio, Texas/Karen Wagner) and is ranked fifth by espnW HoopGurlz. Stanford is coming off a 32-6 season that included the program's 13th Final Four appearance and 12th Pac-12 Tournament championship. 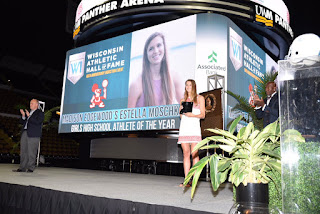